A committee of the Ministry of Peshmarga visited Cihan University to discuss the agreement between the university and the ministry. They negotiated with the president of the university, Prof. Dr. Amjad S. Delawi, about how to execute the terms of the contract.

On Wednesday, February 3rd, 20201, Prof. Dr. Amjad S. Al-Delawi  welcomed the committee of the Ministry of Peshmarga which is headed by Major General Dler Miran, the director of the Reform Management Unit of the ministry.

The Vice President of the University, Dr Abdulsattar Karim Saeed, the Director of the Language Center of the Ministry of Peshmarga, Aameed Karwan, and a number of officials of the ministry also attended the meeting. Several common topics were considered between the two sides.

At the beginning of the meeting, Prof. Dr. Amjad S. Delawi stated that it is fascinating that the Ministry has an advanced language center and that they put so much emphasis on the advancement of the scientific, technological, linguistics and military level of peshmarga. For this reason, he noted that the university supports their programs and projects in every aspect.

Regarding the academic level of the ministry staff, Major General Dler Miran said that 40% of the staff have an academic degree and they are interested in developing their scientific and technological capabilities.

At the end of the meeting, the committee of the Ministry offered a gift to the President of Cihan University-Erbil.

In another part of the visit, the committee of the Ministry of Peshmarga accompanying with the vice president of the university visited different departments of the university, especially the Computer Departments. 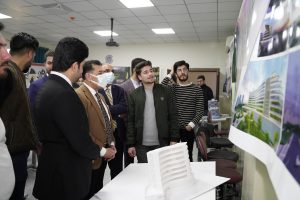 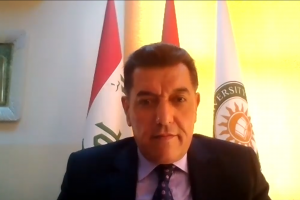 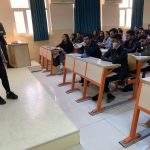 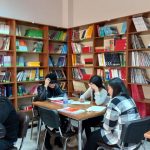