As part of the student scientific activities of the Department of Media for the current academic year, the Department held a documentary film festival for students of the fourth stage of radio and television on 28/4/2019, which was held on Wednesday, where many documentary films were presented by the students of the fourth stage in preparing, photographing and preparing them within the science curriculum of the department.

On the other hand, the Department of Media organized on Wednesday 22/4/2019 a concert instrument party on Bozok, in which many of the Kurdish folk music pieces were played.

And On 12/02/2019 the department organized a scientific visit for the students of the first phase to the channel 24, where the students were briefed on how to broadcast satellite and the stages of preparation of programs and news and other sections of the satellite channel and another then visit on Wednesday, 27/2/2019 to channel NET TV to learn how satellite broadcasting and programming stage also.

From another way a number of students graduated from the department had lectures on the nature of their studies of the media and its applications to the media work, where the student Eva Hussein Omar, the reporter is currently in the Kurdistan channel 24 on Tuesday, 26/2/2019 held it.

The Notable Activity of the Law Department/ Cihan university- Erbil for the academic year 2018-2019. 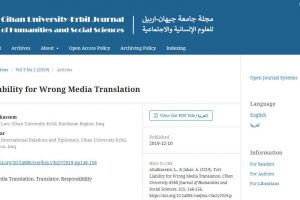 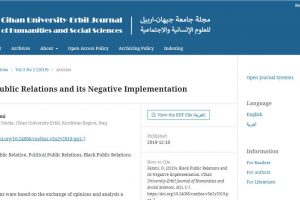 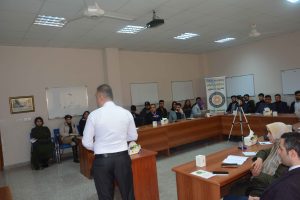 A joint workshop between Media Department and International Relations 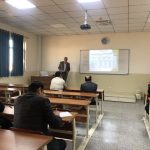 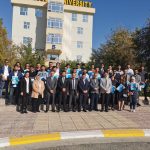 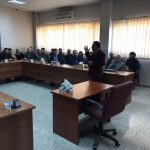