For the purpose of facilitating students’ access to scholarships for postgraduate studies in advanced universities, the Department of Nutrition and Dietetics, on Sunday 29-5-2022 in the VIP hall at Cihan University – Erbil, in cooperation with Copernicus University in Torun, Poland, organized a special symposium about obtaining scholarship and patent registration.

In the beginning of the symposium, which was attended by a large number of students and members of the scientific staff from various departments. Dr. Saleh Zebari, Head of the Department of Nutrition and Dietetics, gave a speech in which he welcomed the attendees and hoped that this symposium would be an opportunity to obtain a scholarship for students wishing to pursue their postgraduate studies in advanced universities in the world. Later, Prof. Amjad Saber Al-Dalawi, President of Cihan University-Erbil, gave a speech in which he spoke about the importance of this symposium and said: We are proud that this year our university was able to innovate in two different fields, and the names of the creators and their fields of creativity were registered in two institutions (Iraqi and Indian). Furthermore, our university supports our professors and researchers to benefit from this symposium and to innovate and register their creativity in local and international scientific institutions.

Also, during his speech, the President of Cihan University-Erbil stressed the university’s support and encouragement for students, especially to complete their postgraduate studies in advanced universities in the world. For this purpose, we encourage graduate students to take advantage of the opportunity to obtain scholarships to raise their level, abilities and scientific skills in various fields.

In this symposium, the student Adriana Garnica from the University of Copernicus in Torun, Poland, presented two topics. For the first one, she spoke about how to register and obtain creativity from researchers later. The second topic was about practical steps for the opportunity to obtain a scholarship in Europe and the world in general, and the grant Study for master’s and doctoral studies at Polish universities, and several examples were given to the attendees. The symposium was concluded by asking a number of questions and exchanging opinions and information among the attendees about both topics of the symposium. 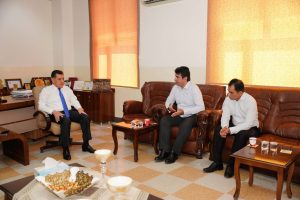 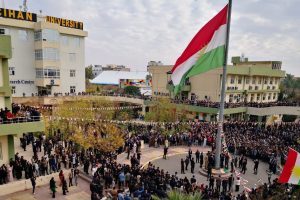 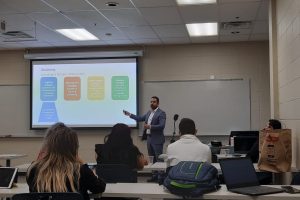