The break time between the two halves included a martial arts show (Taekwondo) by a group of players and under the supervision of the coach and the student at Cihan University- Erbil (Hazhar Wahab Abdul Hamid). The match was attended by spectators from lecturers and students of the participating departments, After the match, the Honorable President of the University distributed the appreciation prizes to the participants in the tournament and handed over to the first-place team the championship cup.

He also participated in the distribution of prizes to the second-placed team, the head of the department of Physical Education and Sports Sciences, Dr. Zhian Jamal Othman, and the vice President of the University delivered honored the second place winner  the Championship organizers and referees were honored, as well as the best player and best goalkeeper cup in the Championship, The President of the University thanked the tournament organizers and participants and urged the Department of Physical Education and Sports Sciences to hold tournaments for teachers and students in volleyball, handball, basketball and tennis. 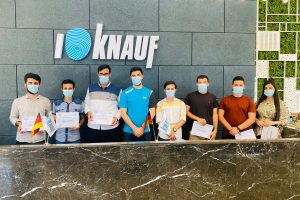 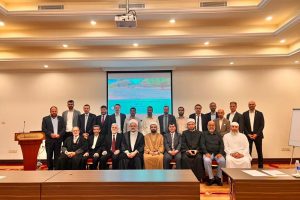 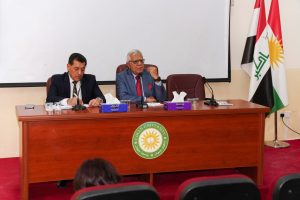