With the participation of Prof. Dr. Amjad Saber Al-Delawi, president of Cihan University-Erbil, who is also a member of Governance Council of Association of Arab Universities, and under the supervision of Professor Dr. Amr Ezzat Salama, Secretary-General of the Association of Arab Universities, the Governance Council of Arab universities held a meeting through ZOOM. In the online meeting, a number of proposals were discussed to enrich the council’s administration; implementing the principles and standards of governance in order to improve the university ranking in Arab countries and to spread the culture of governing and developing competencies.

In this regard, Dr. Yacoub Nasereddin, Secretary-General of the Arab Universities Governance Council, said: “This meeting is dedicated to determining the plan for administration Arab universities so that our universities are at the forefront of the world’s high-ranking universities. It can be done by relying on a specific system, which is based on some basic principles like transparency, integrity, justice, social awareness, management discipline, and independence”. He also pointed out that these guidelines serve universities significantly because it makes them able to seriously compete scientifically, hold conferences, seminars and acsdemic workshops, along with many other topics that are important to the universities these days.

In this context, Prof. Dr. Amjad Saber Al-Delawi, president of Cihan University-Erbil, who attended the meeting as Iraq’s representative, clearly expressed his views on improving the quality of education at universities. He presented a number of proposals to improve the guidelines at the meeting which were considered and approved by council members. 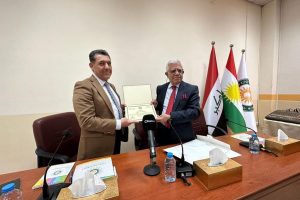 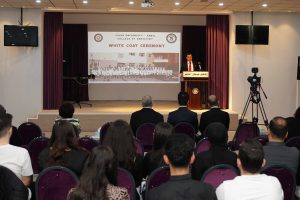 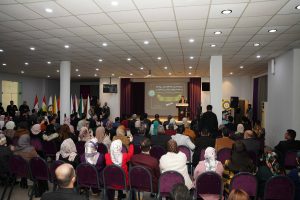