The Gold Medal is the highest honor The American Institute of Architects can bestow on an individual. It is conferred by the Board of Directors in recognition of a significant body of work of lasting influence on the theory and practice of architecture. The American Institute of Architects Board of Directors awarded the AIA Gold Medal to Thom Mayne, FAIA, an architect who has always valued the open-ended creative process over stylistic standbys, and who has risen to prominence and esteem by completing a series of ambitious government and institutional projects. Thom Mayne (b. January 19, 1944, in Waterbury, Connecticut) is a Los Angeles-based architect. Educated at University of Southern California (1969) and the Harvard University Graduate School of Design in 1978, Mayne helped found the Southern California Institute of Architecture (SCI-Arc) in 1972, where he is a trustee. Since then he has held teaching positions at SCI-Arc, the California State Polytechnic University, Pomona (Cal Poly Pomona) and the University of California, Los Angeles (UCLA). He is principal of Morphosis, an architectural firm in Santa Monica, California. Mayne received the Pritzker Architecture Prize in March 2005. Mayne was a member of the Holcim Awards global jury in 2006 and a member of the Holcim Awards jury for region North America in 2005. He presented a keynote address at the 3rd International Holcim Forum 2010 in Mexico City. Examples of his work include: Diamond Ranch High School in Pomona, Calif., which places students in the middle of a dramatically pitched canyon of concrete and corrugated metal. The California Department of Transportation (Caltrans) District 7 Headquarters in Los Angeles.

The TOEFL Course of the Greenwich Agreement Candidates

Dr. Hashim Aboud al-Moussawi was awarded the Shield of intellectual 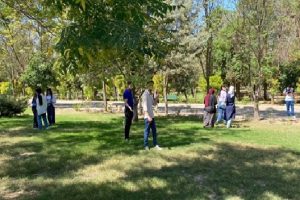 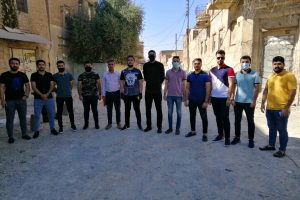 A scientific visit to some urban and archaeological areas in Erbil 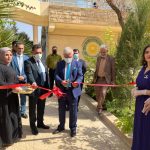 International Workshop by the Nutrition and Dietetics Department, Cihan University-Erbil 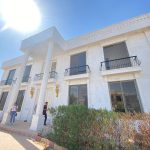